It has been more than 40 years since the “war on cancer” was started in 1971 and many still do not know, what is cancer nor how to combat it? I know what cancer is, I had it, I beat it without any drugs, and it is not hard to understand cancer once you stop listening to what conventional cancer doctors, oncologists, are saying and start looking at it for what cancer really is. 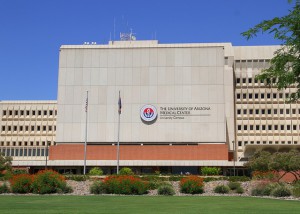 Cancer is a BIG money making industry thanks to your donations

Cancer are abdnormal cells within our bodies whose DNA has become corrupted and the immune system was not able to kill. Knowing how the immune system works is half the battle in healing yourself of cancer. This may come as a shock to you because you still believe that a cure has not yet been found, but this is not true. Conventional western medicine has not found a cure because their approach is wrong and they do not want an outright cure to be found. That would mean the end to their insane profits.

THEIR IDEOLOGY ON CANCER IS MISGUIDED

Conventional cancer doctors say that cancer is a tumor, a lump, a bump, a spot, an area in the body. That is only partially true. All of these are the “symptoms” of cancer and NOT cancer in and of itself, because we all have thousands of cancer cells within us on any given day. Yes you read that correctly, you who are reading this right now have cancer cells in you.

So when someone undergoes cancer treatments to remove those “symptoms,” they are not doing anything to address the cancer within the whole body, and this is why in most cases it comes back. Current conventional cancer treatment only goes after the symptoms of cancer, which is like removing the check engine light bulb in your car dashboard to fix your car’s engine problem.

DOCTORS WHO CURE CANCER ARE BEING ARRESTED OR WORSE

America, “the land of the free and home of the brave” does not apply to doctors who take it upon themselves to actually heal their patients. It is against the law to heal anyone of cancer without chemotherapy, radiation (which are both carcinogenic), and surgery. All doctors that do are called quacks and accused of all sorts of crimes. They either lose their license to practice medicine, get thrown in jail, or both. Some have even gone missing or mysteriously died. But treating cancer patients with drugs that cause cancer is legal?

The majority of people who are not educated, and frankly that is most of the population, continue to believe that they need patented chemicals known as medication from the pharmaceutical companies to be healthy. Put your thinking cap on here and engage your brain. Why would you take an unnatural chemical to treat and manage an illness when you can take a natural food or herb that can do the same thing with no side effects?

The answer to that question is easy. Because you are not educated enough to know that your body’s own immune system will heal you of practically everything when at full strength. The only way to strengthen it is through nutrition with all kinds of vitamins, minerals, enzymes, antioxidants, and phytonutrients that come from plant based foods. That is EXACTLY what I did to heal myself of cancer 15 years ago.

I LAUGH AT CANCER BECAUSE I KNOW WHAT IT IS

Fear is a great way to control people. This is exactly what terrorists do. They incite fear into the hearts and minds of people to control them. When it comes to cancer, people are afraid of it because they think it is a death sentence for them. People need to stop buying into that fear machine and realize the free cancer healing mechanism is in you right now. It is called your immune system.

As I said near the beginning of this page, every one of us have thousands of cancer cells within us on any given day. This is also stated in the video of cancer researcher and author Ty Bollinger in my blog the natural cure for cancer. Having cancer cells within our bodies is a natural process in cell growth. The only reason you are not diagnosed with cancer is because of your normally functioning immune system.

This is why I laugh at cancer because if my strong immune system is what keeps me from getting cancer, then if I should get cancer I’ll just do what I did before. I will feed my body with tons of God-given nutrition from organic foods, and targeted supplements that are effective at boosting the immune system. The immune system is the ONLY thing that will heal us of cancer, so why would anyone use a carcinogenic poison like chemotherapy or radiation?

DO NOT BE SCARED INTO TREATMENTS THAT WILL KILL YOU

In the above video Dr. Tony Jimenez explains why chemotherapy and radiation do not work and why most cancers come back. It is the cancer stem cells that are the major problem and both chemotherapy and radiation make them worse. The success rate for chemotherapy after all of these years is only 3 percent. If doctors know how bad and non-effective the conventional approach to cancer treatment is, then why are they continually prescribing it? For the money and/or fear.

Unlike many other pharmaceuticals, doctors get a kick-back on chemotherapeutic drugs. This is one reason why many oncologists are quick to recommend it. I truly believe that some do this because they still believe that it will work. Not every cancer doctor is giving chemotherapy for financial gain, some are doing it out of fear that they will lose their license to practice medicine.

But here is another truth from a video on my blog. The majority of people who die of cancer do not die from the disease itself unless it is in a sensitive area like the brain. These people die from the direct effects of the cancer treatment. When you think of people with cancer, many think of people without hair, skinny, lack of energy, and pale skin. None of those are caused by the cancer but instead are caused by the treatment.

Think about that for a moment. Prior to starting the barbaric conventional cancer treatment these people still had their hair, their weight, their energy and their color. They were not in a state of decline and slow death. This only happens after treatment begins. But most people who go the conventional route make their decisions out of fear.

Well fear not because there is a safe and effective way to get rid of cancer without the negative effects of the conventional three and it is called a strong and healthy immune system. That same immune system that keeps track of, quarantines, and kills thousands of cancer cells in those of us who are healthy every single day.

Based on everything I have just shared with you, which is all stated by the cancer doctors, scientists and researchers showcased on this website, in simple terms cancer is a result of a compromised immune system. No one can have cancer with a healthy immune system, it is impossible. Keeping your immune system strong is the best way to prevent cancer.

Alternative cancer doctors and researchers have a much better understanding of what cancer really is and there are many treating hundreds of thousands of people the world over. The sad and criminal thing is, if they openly do it, they run the risk of losing their license to practice medicine or get fined and thrown in jail, and like I said earlier, could mysteriously go missing or die like Dr. Nicholas Gonzalez.

He was a good friend of actress Suzanne Somers, who had cancer and wrote about it in her best-selling book Knockout, and he was also one of her doctors. She posted a great story about him on her Facebook page. She echoes some of the same things I have said in this article about doctors who do not follow the toxic conventional approach to cancer.

Fortunately more and more people are becoming educated about the amazing healing power of the immune system. It can and will heal us from so many things that attack us from the cold & flu to cancer. It is our God-given free cancer killing immune system if we keep it strong or strengthen it by natural means when it is compromised, it will show us just how powerful it is.

If you have enjoyed what you have read or you have any comments or questions, please leave them below. I will answer all of you as soon as I can, even those of you who will leave negative comments because you are in disagreement with this information. Everyone is entitled to their opinion and I know I must share mine to help people to laugh at cancer just like I do. Please share my posts. God Bless!

Disclaimer:
This website is for educational purposes only. It is not intended as a substitute for the diagnosis, treatment or advice of a qualified, licensed professional. This site offers people medical information and informs them about alternative medical options. No one should consider that this site represents the “practice of medicine.” This site assumes no responsibility for how the material herein is used. Please note that this website is constantly updating its content and, therefore, some of the information may be dated. Also, be advised that the statements regarding alternative treatments for cancer have not been evaluated by the FDA.

12 thoughts on “What is Cancer”